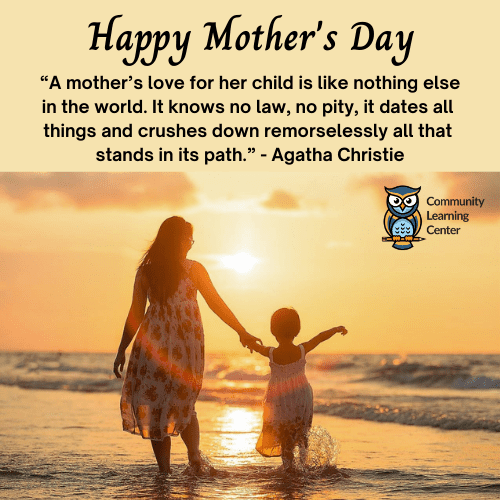 Our private school is hopping with new students! Since August, we have doubled in size and we plan to triple the number of students by the new school year. We are servicing Kindergarten through 5th grade and our kids are primarily receiving scholarships through the Step Up for Students program. This program is proving very successful, as many of our students were previously attending public schools and were struggling to stay on track. These same students are now being instructed at their appropriate academic level, using effective curriculum, and are moving to the top of their class.

Here is what some of our students and parents are saying about their new school:

“The Community Learning Center Academy is the most wonderful school! I have seen a big difference in D’s school work and attitude since he has started. The teachers here are great and so patient. Something you don’t see very often in public school. They have one-on-one teaching here and it’s wonderful. The environment is warm and inviting. My son is so happy here. He wakes up each morning eager and ready.” S.O. (parent)

“I have been learning to read better and I am spelling better now. I like learning about explosions -like how they take down a building when they are getting ready to build another new building there. I like learning about volcanoes. Eruptions are cool! I like all the kids here! They are all my friends. I like going outside after lunch to play with them. That’s my favorite. We push each other around in the car, too.” M.C. (2nd grade student)

“I love school! I love Ms. Joanie and Ms. Erika! I have fun driving the play car. I know my ABC’s now. I like that Alex gives me blueberries when I do my work. I like the kids and I like doing numbers. I know the days of the week and my birthday.” J.K. (Kindergarten student)

Enrollment is now open for renewing families who are receiving Step Up for Students scholarship funding. Go to www.stepupforstudents.org under the For Parents -Income-based Scholarship tabs for more information on how the scholarship works and to apply for the 2017-2018 school year. If you need help filling out the application, please call us at (727) 441-4444.

Community Learning Center and We Believe in Me saving lives together!

Community Learning Center has partnered with the We Believe in Me Foundation to help teen athletes improve their skills, their grades and therefore, their chances of being accepted by universities. As a result, they also improve their ability to continue playing football through college. Community Learning Center helps these students improve their ACT and SAT scores so that they are better candidates; we teach them the study skills needed to be able succeed in every area of life. We Believe in Me helps your athlete through the college process, including how to improve your college application and work with recruiters.

Here is another example of a math success from a Community Learning Center and We Believe in Me teen athlete:

“I feel like you [my volunteer tutor] really helped me understand Algebra and its symbols. You broke each of them down to me by showing me, and having me find the meaning of the symbols. Then you explained how to set each problem up and remember how they are supposed to be set up. This became a real eye opener for me in Algebra.”—D.M. (Community Learning Center and We Believe in Me student)

“After attending tutoring for awhile, I went back to school and was working on classwork. I started to notice more and more every day some of the things I am learning being tied into my teacher’s teaching. This tutoring has helped (me) gain back some advanced and some simple learning skills that are key in my learning.

I remember being taught back in 4th and 5th grade about my verbs, pronouns, and adjectives, but until tutoring, I couldn’t recall any of the information I was taught about them. I feel this program is amazing. I feel as if it has brought some of the great things I knew back from the dead.”–A.J. (Teen Student)

The Community Learning Center has been working with We Believe in Me Foundation student athletes to help improve their skills and grades in school so that they may continue to play football at university. We help these students with basic skills by filling in the gaps of their education programs and helping prepare them to take the ACT and SAT tests. Our students are better prepared for college because they learn how to study and how to overcome the barriers to study. We are creating independent learners who will become productive members of society. If you are interested in signing your teen athlete up for tutoring, please contact the Community Learning Center at (727) 441-4444. Scholarships are available to families who qualify.

In my last post I discussed the phenomenon of pile on—asking kids to do work that is above their instructional and developmental level.

This phenomenon occurs right away in kindergarten where kids are expected to learn how to write lists, narratives, information, and opinion pieces before learning to print the letters. Pinellas County Schools recommends that teachers provide handwriting instruction only twice a week for five minutes.

The fact is, it is expected that at the end of the year kindergarteners will produce narratives in barely legible scrawl.

It has been that way for many years. We see the results of this practice at our Center—middle and high school students whose handwriting is barely legible. Many of these same students hate writing—perhaps because writing was difficult for them right from the start, having been asked to write full texts prior to mastering the letters.

In the Next Generation Sunshine State Standards, the previous set of Florida standards, kindergarteners were expected to learn the following writing process:

The same standards said that by the end of kindergarten students will “print many of the upper and lower case letters and recognize the difference between the two.”

In the new set of standards, LAFS (Language Arts Florida Standards), the following benchmark is given for the end of kindergarten:  “Use a combination of drawing, dictating, and writing to compose opinion pieces in which they tell a reader the topic or the name of the book they are writing about and state an opinion or preference about the topic or book (e.g., My favorite book is…).”

Again the standards say that the student will “Print many upper- and lowercase letters.” 2

Which one of these would you expect a kindergartener to do on their first day of school?

A. Write a Story
B. Learn the names of the letters
C. Write a sentence

If you chose B (learn the names of the letters) you would be wrong. On my daughter Dagny’s first day of kindergarten, she was asked to do C–write a sentence.

When I enrolled Dagny in kindergarten this year, it was not without some amount of trepidation. My older three children had attended private school throughout their elementary years and came out with their basics fully in.

But my husband and I decided to enroll our fourth child in a public charter school which emphasizes the arts. The school is also one of the top schools in the county for students performing at grade level.

We felt that if any child could succeed in public school it was Dagny. After all, I had practically been preparing her for school since she was born.

I was not prepared, however, for the curriculum changes prompted by Florida’s new standards.

Kristen HarperDo you know more than a kindergartener is supposed to know?01.08.2015
read more

I am really proud of everything the Community Learning Center has accomplished over the past 16 years—first and foremost, the educational help we have provided to thousands of struggling kids across Florida.

In 2015 however, we want to take our help to the next level. For years, we have been helping parents by providing them with tips and tools they can use to help their own kids. This year we plan to make these tips and tools more easily available by publishing on our blog. Additionally, we will discuss what we observe is being done well in schools along with what is not. Because we help kids from all over the county, we have a pretty good perspective on what is happening or isn’t.

The fact of the matter is this:  in spite of the huge number of wonderful teachers, administrators, caring parents, active community groups and smart kids we have in Pinellas and Florida, something is wrong—very wrong. Nearly 30% of Florida students drop out of school 1 and here in Pinellas 45% third graders read below grade level.2

Please join us this Saturday, May 10, 2014 from 11am – 1pm for our
FREE Books and Art for Kids party right here at the CLC at 1411 N Fort Harrison Ave in Clearwater! We will have free books for kids to take home, art instruction, face painting, music and snacks. Also, back by popular demand, we will have Bob Schwartz joining us to do his fabulous interactive storytelling! You don’t want to miss it!
This event is open to the public. For more info, visit our website at
www.clctutoring.com/freebooks or give us a call at the Center at

“I’m so very pleased with Tori’s success at the Community Learning Center. She has come up two whole grades in English and math! Thank you for pushing her so far forward with her studies. She always looked great when I picked her up from your Center.”